Pandemic, Boom, War, Correction. So Now What for Tech? 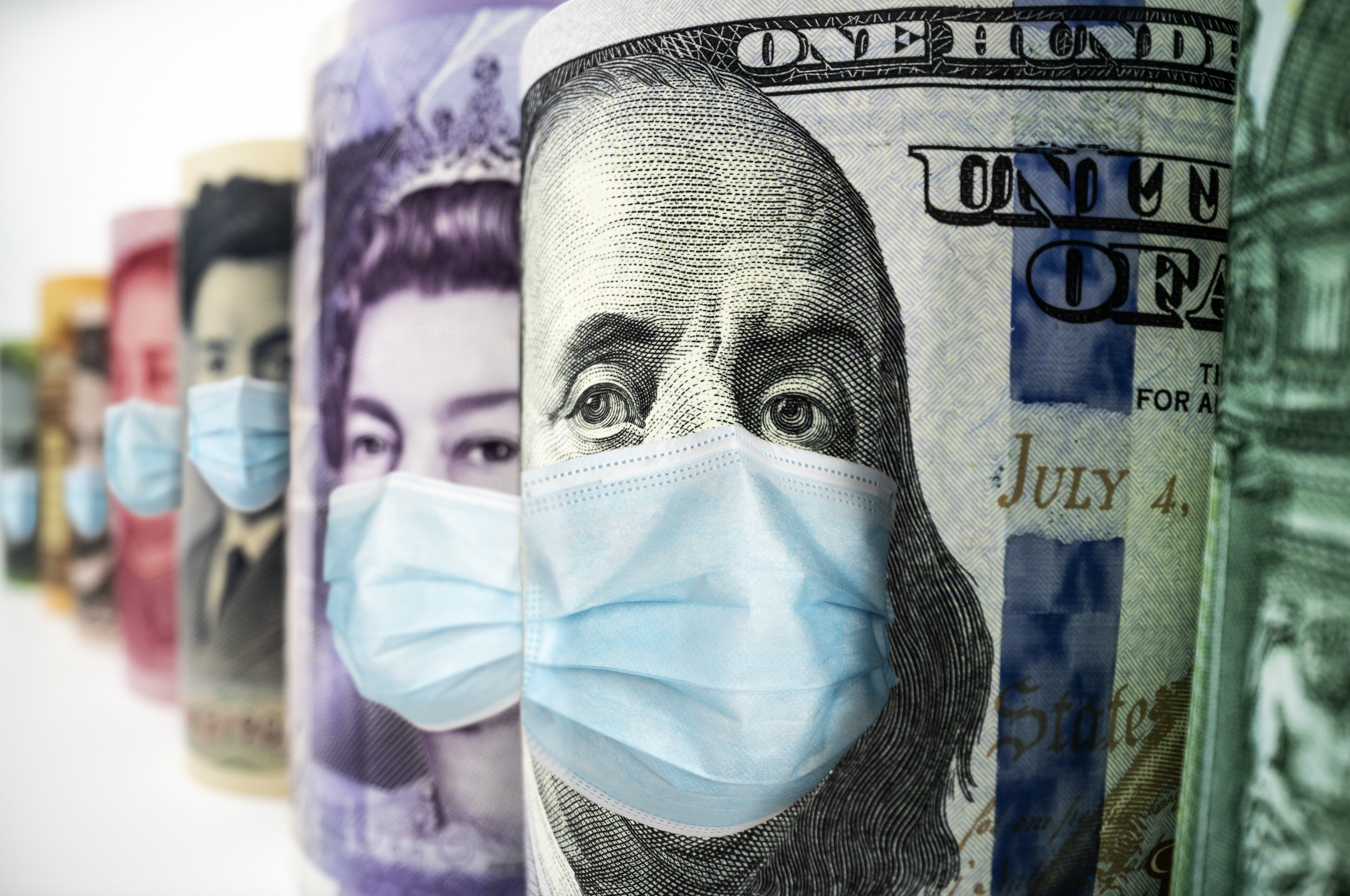 A lot of thoughtful people have weighed in on whether this is a “buy the dip” moment for startups and public tech companies, or rather, the cusp of a sustained downturn. Comparisons have been made to the two most recent significant pull-backs of the dot com crash in 2000-2001 and Great Recession of 2008-2009.

For the record, I believe that regardless of the macroeconomic path forward, the tech ecosystem is in a relatively strong position progressing with innovation, capital, and talent in abundance. Even in a sustained downturn, tech is likely to be a driving force of economic productivity improvements rather than the proximate cause of recession (as in 2001). Regardless of what happens in the next 0-2 years though, much bigger forces are afoot that I believe will shape the economic environment of tech for the next several decades.

We have to consider three major “supercycle” dynamics that have had a dominant role over the last 30+ years. These supercycles are megatrends that have played out over decades rather than just months or years, and in some ways they’re interrelated. Here’s how I see these supercycle dynamics shifting over the next few decades:

Globalization is going in reverse for the first time in 3 decades. The period from roughly 1990 until now has seen an incredible burst of people, goods, and services flowing freely across borders of sovereign nations.

At the nation state level, the end of the Cold War brought a largely unbroken period of peace and prosperity to most of the world and created an environment where greater international economic integration became both possible and desirable. China also emerged from decades of socialist isolation to engage with the rest of the world, employing a market based “socialism” with Chinese characteristics. At a company level, global supply chains made it possible to source and build products faster and cheaper with a “just in time” model. A vast supply of previously untapped labor joined the global workforce, allowing businesses to employ factory workers in China, software engineers in Ukraine, and call center reps in the Philippines.

But the tide of globalization is starting to ebb. Economic populism is nothing new (remember resistance to NAFTA in the early 90s?), but it’s accelerated dramatically in just the last few years ranging from Brexit in the UK to increased tariffs under the Trump administration in the US to the “Made in China 2025” strategy. Great power conflict is back… between Western democracies and autocratic regimes like Russia, between the rising superpower of China and the reigning superpower of the US. Offshoring is going in reverse, particularly for strategically important industries like semiconductors or communications equipment.

The COVID pandemic exposed the fragility of global supply chains, causing many companies to rethink how and where they produce products. The pandemic also slowed emigration dramatically, and though the health risks are receding, it’s conceivable that emigration may not rebound to its pre-COVID levels. China’s growth will remain suppressed as it still faces an uphill battle to transition from its “zero COVID” policy. And a new era of natural resource competition is coming as demand for lithium, cobalt, and rare earths grows exponentially, enabling electric/battery power to supplant fossil fuels and the production of advanced electronics.

Globalization going backwards is likely to make it more costly to produce goods, and production capacity is going to be retooled for many companies in many industries. The news isn’t all bad though, as remote work during the pandemic may make the globalization of some services more pervasive in the coming decades. It’s also conceivable that expertise, which became highly concentrated in the last 30 years (e.g. semiconductor manufacturing in Taiwan), may be diffused across more places, empowering new hubs to develop expertise and innovations.

So what does it mean for tech companies (big and small) especially in the US?

The end of low interest rates + low inflation is here folks. Anyone younger than their mid 50s has never experienced double digit interest rates or high inflation as an adult. There’s a multitude of forces that have yielded the low rate, low inflation environment of the past 3 decades (including globalization and demographics), but most of them are unlikely to persist in the next 30 years.

Tech innovation has arguably been a meaningful driver of low inflation for decades. The long persistence of Moore’s Law has produced ever greater computing and digital storage capacity at ever lower cost. Software eating the world has helped fuel labor productivity. Various technological and economic shifts have reduced the energy intensity of GDP growth in developed nations.

Fossil fuel energy shocks will likely persist, even if the Ukraine war were to come to a swift and peaceful resolution (hopefully, though unlikely). Russia will likely remain an economic pariah state for some years and western European nations will seek to rejigger their energy systems. Prices for many food products will be volatile and elevated, which could cause political disruption, particularly in lower income nations that lack agricultural self-sufficiency.

Ultra loose monetary policy, which has included unprecedented negative real interest rates, quantitative easing, and central bank asset purchase, has already started to reverse. This will be necessary primarily to combat inflation pressures, but will also be a natural consequence of the end of “emergency” measures, which have existed for 10+ years stretching back to the Great Recession and then amplified during the COVID pandemic. Tighter money and higher interest rates will likely mean less asset inflation in everything from tech stocks to houses. It will involve a repricing of the risk/reward of long dated assets, including tech companies with great future promise but limited near term profitability.

The question for tech is not whether high rates and tighter money supply is coming, but whether the macro drag will overcome the secular growth of particular sectors or companies. The stagflation of the 1970s was a massive economic drag, but the output of the global semiconductor industry expanded more than 500% during this decade. The 1980s saw very high interest rates, to fight the inflation of the 1970s, yet the PC industry and early software industry grew tremendously.

Individual tech companies, big and small, will have great success and some subsectors of tech will prosper or emerge (e.g. crypto/web3, climate tech, etc). But all will fight a headwind of inflation and the relative attractiveness of other kinds of assets.

Global demographics are reducing new entrants into the labor market. Populations are barely growing in virtually every developed economy, as well as China. Additionally the underlying makeup of societies in developed nations is increasingly older people, which will reduce the availability of working age people and simultaneously increase the cost of supporting aging populations.

It’s hard to overstate the potential impact of this demographic shift. Growing populations and increased global interconnectedness of workers created “Goldilocks” economic conditions over the last 2-3 decades of steady GDP growth, subdued inflation, and low interest rates. Unemployment rates will go up when the next recession hits, but the macro supply of workers is not expanding materially in the coming decades.

Similarly, government budgets will come under pressure with increasing expenditure on pensions, healthcare, and other programs to support aging populations. These could have been supported, theoretically, by ever increasing deficit spending, especially in an environment with near zero interest rates. But with rising rates, ever inflating government borrowing will be extremely challenging.

Tech companies can’t reverse global demographic shifts. In some respects, the die has been cast already for what’s to come with demographics and population. But tech companies will have to continue to make themselves desirable employers in an environment where workers are less abundant than they have been. Similarly, tech hubs and nations that can make themselves attractive places and open to talented immigrants will prosper most.

It’s not all doom and gloom. Individual companies, industries, and countries can and will prosper even as these three supercycles go in reverse over the next several decades. In fact, tech will have a key role to play in improving society in the coming decades… whether it’s increasing the productivity of a slower growing pool of workers, improving the health of an aging population, and/or enabling a shift to a less carbon intensive future.

But regardless of where economies and stock markets go in the coming months and years, the coming decades are going to be markedly different than the last 30 years. Buckle up.

I’ve had the privilege to work with many great entrepreneurs, both in my operating days at the start of my career and over the [...]
Collections: Themes and thoughts
Topics: Themes & Thoughts

2019 is off to an exciting start for IPOs of VC-backed startups. In just the last month or so we’ve seen Lyft go public [...]
Collections: Themes and thoughts
Topics: Fundraising, Themes & Thoughts