The Shift from FOMO to FOLD in Early Stage Investing 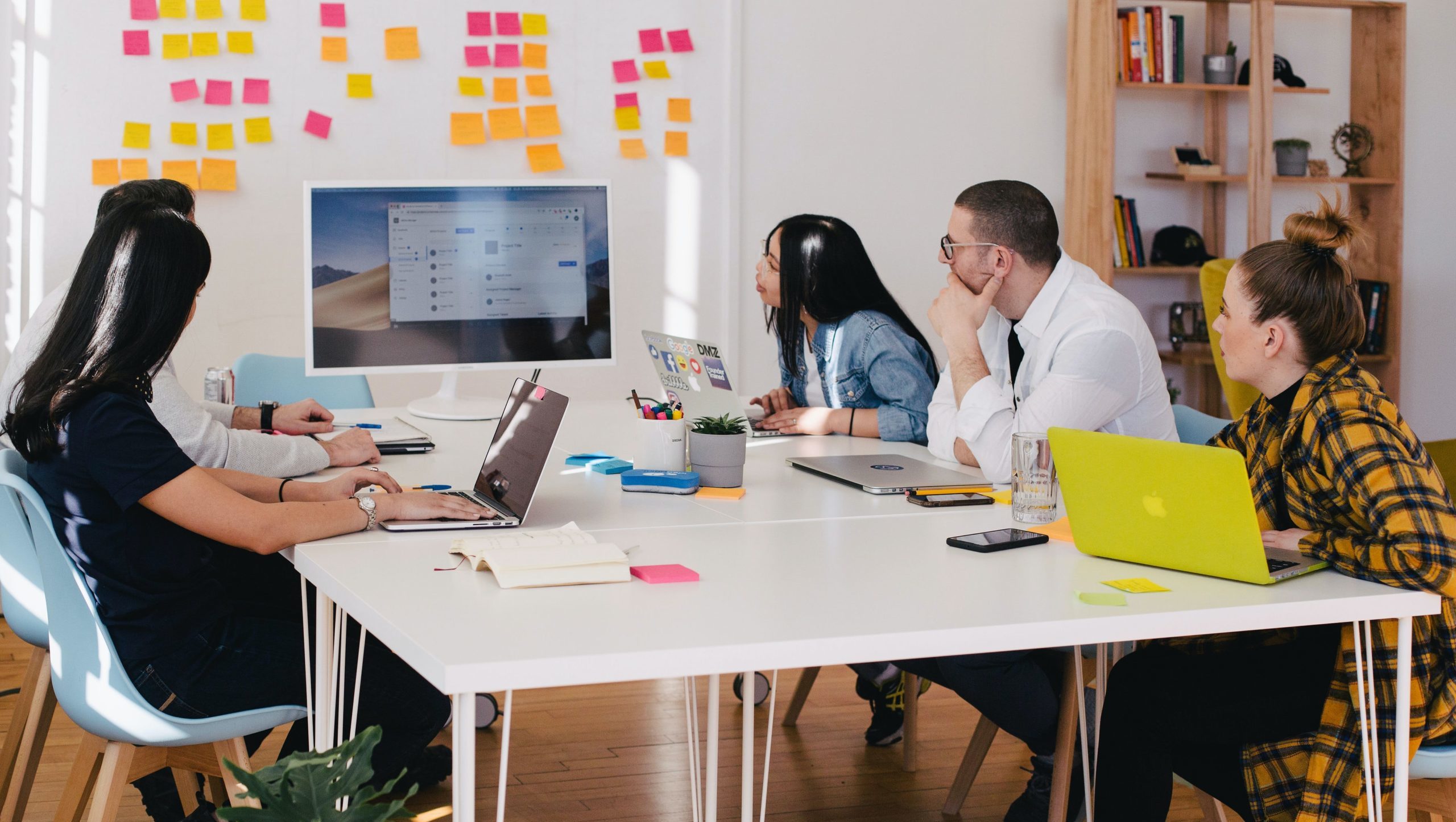 For the last several years, the early stage investing market was driven largely by the Fear Of Missing Out, AKA FOMO. This led to a number of repercussions that most VC’s have lamented during this time, including higher prices, larger rounds, shoddy due diligence, and many companies raising large sums of venture capital that probably aren’t suited to VC funding.

While FOMO will always be a driver of venture activity, especially for the most hotly contested companies, we are certainly seeing a shift in sentiment and behavior. FOMO is slowly being replaced by a different fear, the Fear Of Looking Dumb.  Conveniently, this forms a handy acronym as well – FOLD.

My prediction is that FOLD will permeate through the early stage investing landscape and have some pretty broad effects. The way investors process investments, what they look for, and how they behave will likely shift in some pretty interesting ways in the coming years.

VCs are always founder focused no matter the market environment. But in a FOMO world, more investors are willing to take a chance on a founder that they don’t know, but seems to match some of the heuristics of other high quality founders.  In a FOLD world, I think we’ll see more VCs gravitating towards founders they know or taking their time to get to know founders over a period of months.

This gets really challenging if it remains difficult to meet in person or to travel.  I think VCs will gravitate even more towards repeat founders with prior success, and will be more gun shy about backing someone that is difficult to reference within their networks.  This is unfortunately a net negative for the ecosystem, as it will be tougher for first time founders and underrepresented minorities to get capital in this environment.

In a FOMO world, seed and series A investors are more likely to extend beyond the bounds of their stated strategy to get access to companies.  In a FOLD world, I think you’ll see a narrowing in strategy around their core.  I think you’ll also see more intentional syndication of seed and series A rounds with like-minded co-investors teaming up together and splitting rounds more intentionally.  With greater perceived risk to follow-on financing rounds, having a co-investor that can share the load of a second seed or a small series B round will be more attractive.

I think you’ll see fewer institutional seed investors doing high-conviction pre-seeds because it will just seem like too much risk than is necessary right now. I also think that seed investors will be too gun shy to lead other firms second seed rounds because of the fear of looking like a sucker and investing in something that others passed on. Ironically, I think what you might see in the short term are series A investors doing more option-style seed rounds.  These might be $100-$500K small checks from funds that are typically writing $5-15M checks.

The rationale is that these investments may be a way to get to know a team better and watch the move unfold with minimal risk of looking dumb if things don’t work out.  But the risk to founders is that these investors may not be very committed partners and might quickly disengage if things go sideways. I think the level of signaling risk from series A VCs doing seeds will be higher in a FOLD world.

Even before the COVID crisis escalated, we saw a bit of a pull-back in terms of the types of companies that were receiving VC funding. The public markets have clearly rewarded traditional, software based businesses over different business models, and that effect was starting to work its way through the earlier stage ecosystem. In a FOLD world, this is going to continue. Investors will be less willing to believe in a speculative business model and gravitate towards companies that look more like traditional enterprise software and SAAS.

I think you’ll also see more focus on companies that demonstrate capital efficiently, and investors will encourage founders to be more focused on sound unit economics than growth at all costs.  This may be positive in some ways, but I think will hurt some of the interest in super innovative deep tech projects due to high perceived downstream financing risk. I also believe that some of the sectors that are very directly impacted by COVID are unfortunately going to be excessively punished due to investors’ Fear of Looking Dumb.

Similarly, sectors that have received positive tailwinds during this time will likely get disproportionately more attention. While all investors are aware of the adage to be greedy when others are fearful, most investors will have a hard time actually acting upon this in terms of the types of businesses they choose to back in a FOLD environment.

I think you’ll similarly see a pull-back in terms of the breadth of geographies that VCs are willing to invest in.  In the last several years, you’ve seen more investors engaging with companies in non-core geographies.  Part of this is due to factors that will continue to persist or even accelerate, like more experience managing remote or distributed teams, a more rapid flow of information, and multiple large successes outside of Silicon Valley.

But part of the trend was because of the relative unattractiveness of the Bay Area due to prices, wages, rents, and competition. This second set of factors will probably be somewhat diminished in the coming years, and investors operating with a FOLD mentality will just be more comfortable investing down the road or in geographies they are already familiar with.

Predictably, I think you’ll see investors lengthen their evaluation process for new investments. In a FOMO world, VC’s were occasionally willing to scramble to get to “yes” in a few days with shockingly limited due diligence.  Although this may seem great for founders, this was both unnatural and probably damaging for the ecosystem overall. Choosing a lead investor is a big decision and long commitment, so it’s actually in everyone’s best interest to enter into a relationship with eyes wide open. However, in a FOLD environment, it’s likely that the pendulum will swing the other way.

Firms will start to torture founders with endless diligence requests.  Funds that may actually not have much capital to deploy will string founders along so that they appear to be active in the market while they are buying time before their next fundraise.  The desire to take more time to get to know founders and the difficulty of in person meetings will have a multiplicative effect on the painfulness of an investor’s decision-making.

Ironically, I think what we’ll see is a bit of a reversal of what happened in the FOMO days.  I found that in the period of FOMO, the best investors often would bow out of processes when they could tell that a founder was trying to rush them into a decision. The firms that massively accelerated their processes and tried to pre-empt deals unnaturally were actually the weaker firms that were afraid that they had no chance of winning otherwise.

In a FOLD world, I think we’ll see the best firms once again move with impressive conviction.  They will be diligent, but move purposefully and relatively quickly compares to firms that are operating under the Fear Of Looking Dumb.

Overall, the funding environment is going to look more challenging in the coming years (thanks captain obvious). However, not everything will be a net negative to the ecosystem. I think VCs doing real diligence is probably a good thing. Not conditioning founders to raise at crazy prices and pursue excessively large amounts of capital will also likely lead to a stronger set of winning companies down the road.  Also, companies that do find PMF and can attract capital will experience less competition for customers and employees.

However, I think the biggest bummer in a FOLD world is that the breadth in the types of founders that get their shot will narrow. I hope this isn’t the case, but I fear that some of the strides that the ecosystem has made in backing underrepresented founders will slow. Times will be tougher for first time and early career founders as well, as they will have a harder time generating investor interest and will likely have to live with pretty tough terms if they are raising prior to any traction.

What’s interesting is that this was the sort of environment that Y-Combinator was founded in and had its early success.  Perhaps this will similarly be a resurgence in the popularity and performance of accelerators or the perfect time to do something similar to capitalize on this opportunity.

Last week we held a virtual “Lunch and Learn” with Melody and Lee where they had a discussion about what they’re seeing in the [...]
Topics: Fundraising

Life has been turned upside down in the span of days. A week ago, I thought I’d be travelling for my first business school [...]
Topics: Themes & Thoughts